This is an article in the series The Men Who Made The Argosy in The Argosy magazine from February 7, 1931. William Corcoran was the editor of Adventure magazine for a time. One of his novels is slated for republication this year by Murania Press. 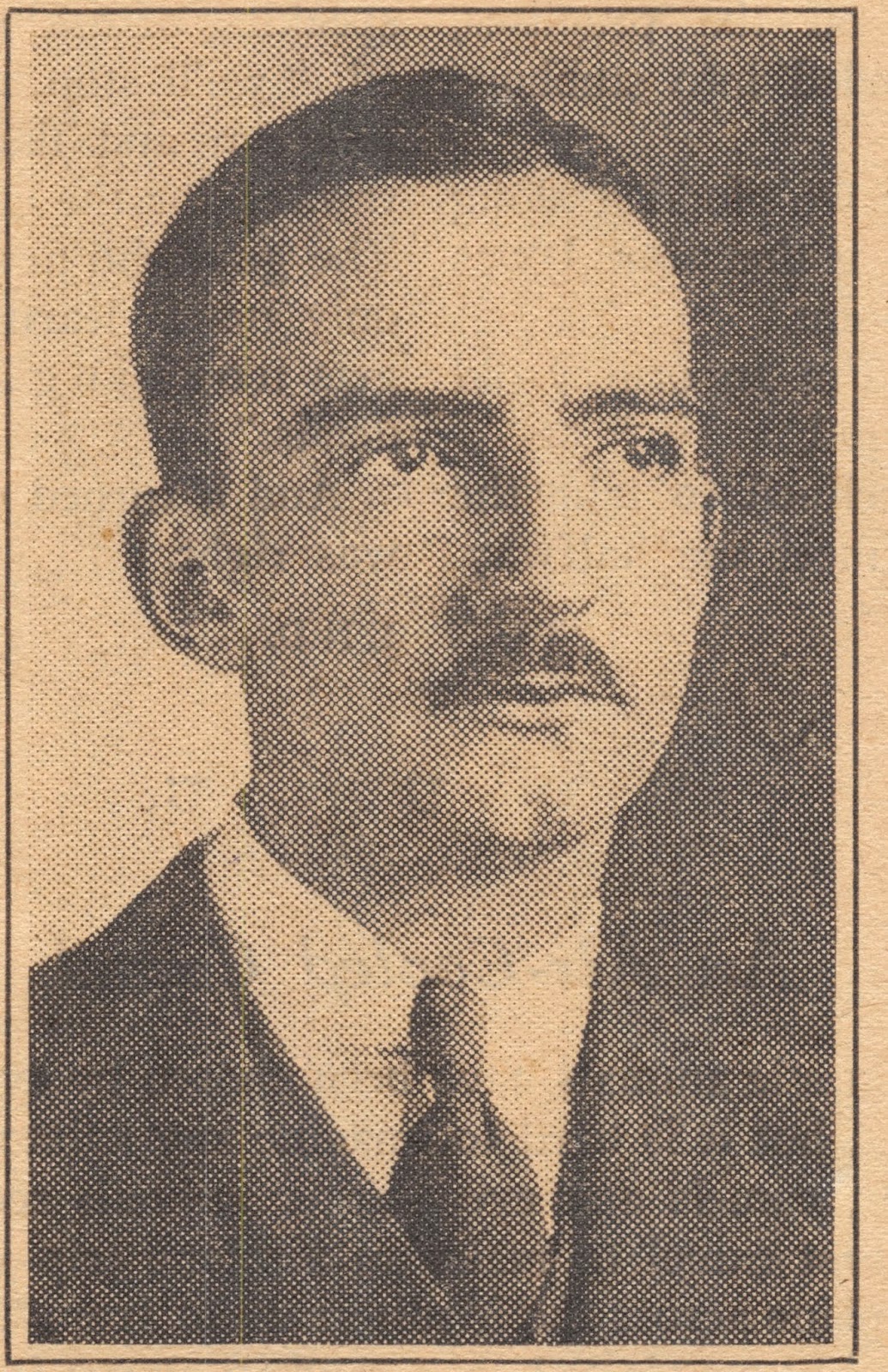 Author of “The Death Ride,” “Muscle Man,” “The Dark Brotherhood, ” etc.
IT is several years now since I first began this pleasant if exacting process of conjuring with print and paper known as the art of fiction. In that time most of my stories have been placed in two settings very familiar to me, the great West and the city underworld, and for some strange reason I have never written a line about the environment from which I sprang, where a thousand thrilling stories remain untold.
They are the legends of the anthracite country, where armies of men contend daily with fire and flood and asphyxiation far beneath the earth. Those are men who regard physical courage as too fundamental to be discussed or especially admired. I have listened on a winter’s evening to quietly told tales of a heroism more dramatic than any I have spun from imagination, and some of them are family sagas. Yet I do not write them—nor does anyone else, as far as I know. There is probably a reason, but it escapes me.
I was born in the first year of the century in a little town called Parsons in Pennsylvania’s lovely Wyoming Valley, where occurred, long ago, the bloody Indian raid known as the Wyoming Massacre. This is in the heart of the anthracite country. My schooling began there and ended in New York City when I abandoned formal education in 1918 in favor of a much more diverting war, which disappointed me sorely by coming to an abrupt end before I could participate. I then chose a job in preference to college.
Informally, of course, the process of education has never ceased, for the world is much too fascinating a place to be left unexplored and to no one else as to a free-lance writer is given the opportunity for research and travel. Of this opportunity I have availed myself of a goodly share.
In the course of the past twenty years, beginning long before I sold my first story, I managed to visit eight countries, sail on both our oceans, and acquaint myself, in addition to foreign capitals, with most of the large cities of the United States. I first saw the West very early, and am glad to have known it before the coming of the Ford, the movie, and the airplane. The greater part of the past decade, excluding minor excursions about the country, has been spent in New York. Here I have anchored my portable hearthstone, and here is my workshop.
I happened upon my choice of career as most of my craft seem to have done. I was writing tall tales for the edification of a small circle of readers back in boarding school days. Nothing else was ever very important, except for the necessity of earning a living at the moment.
I drove a taxicab in New York for one whole year, and on that experience have based many stories. I was an investigator for a nationally known agency for several months, and got another slant on life with the lid off. At odd times I drew pay for my labors in a stone quarry, a broker’s office, a shipyard, a department store, a mountain road gang, a bookshop, a sheet metal plant. My last post was as editor of a famous old magazine.
I have been selling an occasional story written in spare time, and a few years ago I abandoned editing to launch forth as a free-lance. It was a rash but irresistible adventure, and one on which a happy measure of success has been bestowed. I am content—and pray assiduously that it is a contentment long to be shared by the editors who so generously favor me with checks in return for my endeavors to cover as much white paper as possible with rows of little black marks.