Howard V. L. Bloomfield was one of the better editors of Adventure magazine after Arthur S. Hoffman left the magazine. He increased the page count of the magazine, which had dropped to 96 pages an issue, increased its frequency from monthly to twice a month and revitalized the magazine by getting new stories from old timers like Talbot Mundy and Gordon Young.

He also put together the 25th anniversary issue of Adventure in November 1935. 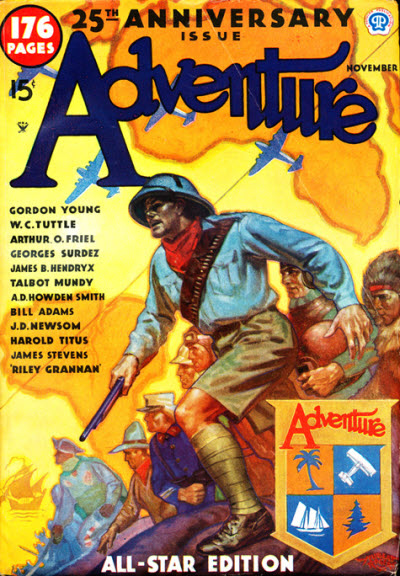 This article originally appeared in the November 4, 1988 issue of the newspaper The Star-Democrat from Easton, Maryland.