Thought I’d begin this year with a review of Blue Book, another of my favorite magazines. It’s easy to overlook it, most of the covers are not spectacular. However, in the 1930s Blue Book was definitely better illustrated than Adventure magazine, and generally had high quality fiction spanning many genres – science fiction and humor included.

This issue is representative of the quality of the issues in 1930s overall. In the 1940s, Blue Book changed to a bigger size, and I hope to have a review of one of those issues later this year. 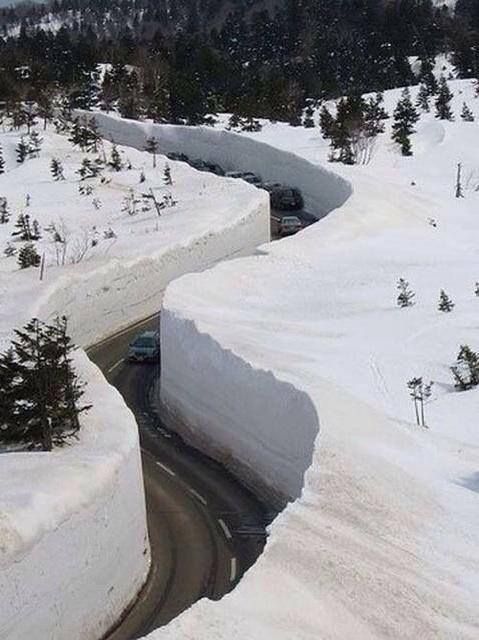 …
The brilliance of the morning had promised a fair and warmer day. But while the sun shone brightly, the temperature had fallen. Hourly it grew colder, and Dailey was glad he had exchanged his broad felt hat for a less comfortable but more useful cap. He wished now he had worn his shoes and overshoes instead of boots.
IN taking a short-cut over a high divide, he caught a glimpse of the western sky, and his lips puckered in a soundless whistle. There, from north to south, from horizon to horizon, stretched a blue-gray curtain. One glance was enough. He knew that phenomenon of old. It meant wind sweeping in from Montana and Saskatchewan. With the prairies and bad-lands covered deep with loose snow, it meant a blizzard; and he held no delusions regarding a blizzard.
From the threat in the sky, he looked down at the chaotic land through which he must pass, and at the bluff far in the distance that marked the end of the badlands and the beginning of the prairie. He knew he was in a tight place.
Properly equipped, he might bury himself in the snow, but he had nothing more than his saddle-blanket. Warmly dressed, he might pit his strength against the duration of a blizzard, but his clothes were inadequate. There wasn’t a house nearer than his own. To reach home, he must first win his way out of the badlands, a feat which taxed the resources of the average man in clear weather. Then would come the battle with the wind where it swept unbroken over the open prairie.
He judged the temperature around zero now, and it would be much colder when the wind struck. Cursing himself for carelessness did no good. He knew there was little chance of winning through, and yet there was nothing to do but try. Urging the bay to a reckless lope, reckless because of snow and ice and precipitous slopes, he began the battle for his life.
Already there was a noticeable change in the light. Streamers of mist, like leaping color bands from the Northern Lights, reached up out of the west and raced across the sun. The yellow light of afternoon changed to a sickly green. Under its alternately increasing and waning brightness, shadows of hills and peaks lengthened and deepened and paled. Clumps of gnarled sage, mushrooms of clay and rock, petrified trees, advanced and retreated, grew and shrank, before his eyes. It was unreal, ghostly, unearthly. The bad-lands seemed to have sprung into some hellish form of life.
Unused to the bad-lands and sensing the approaching storm, the bay became confused. He weaved badly, changing his course so often that Dailey dared not loosen the reins to pound his chilled fingers against the pommel of the saddle.
…
100 · The Corpse in the Stocks [Isaac Heron] · William J. Makin · ss Gipsy in Evening Dress, Eldon Press 1935; illus. John Richard Flanagan 1.5/5
The illustrations by John R. Flanagan are excellent. The plot for the story itself is very thin, though the denouément leaves just enough wiggle room for us to suspect that the real criminal has escaped the clutches of the law.
108 · Tarzan and the Immortal Men [Part 4 of 6; Tarzan] · Edgar Rice Burroughs · n.; illus. Frank Hoban
No review as I didn’t feel like reading through 6 issues. Frank Hoban’s Tarzan looks like a wimp.
That’s all the fiction in this issue; at least so the authors claimed. The editor, Don Kennicott, had always encouraged readers to submit their real life experiences as short articles, and started including longer non-fiction articles with this issue. In my opinion, this issue would have been better off with some fiction instead, none of the following really stood out.
130 · To the Pole with Peary · Burt M. McConnell (as told by Matthew A. Henson) · nf; illus. Miller 2.5/5
A short account of the first recorded expedition that claimed to have reached the North Pole, led by Commander Peary. The account is told by an expedition member, Matthew Henson, and has some interesting observations on the reasons for Peary’s success:
134 · The Revenge of Black Jack · Samuel E. Kiser · nf 2.5/5
An incident from the Pennsylvania Oil Rush– the first big oil discovery in the USA. The author was an interesting man about whom I could write an article later.
136 · Refugees · Ivan Bezizvestieff · nf 2/5
An incident from the troubles in post world war 1 Europe following the Russian Revolution and the breakup of the Turkish empire.
141 · Ethiopian Trails · Alfred M. Bailey · nf 1.5/5
A few anecdotes about the character of Ethiopians from an American ornithologist who was a member of a museum expedition there.
143 · The Fatal Feast · Tom McGrath · nf 1/5
An armed robbery at an Irish bar.