I read the October 1960 issue of Manhunt magazine recently, and came across a story by this author. The story is Shatter Proof, and it is a great story. 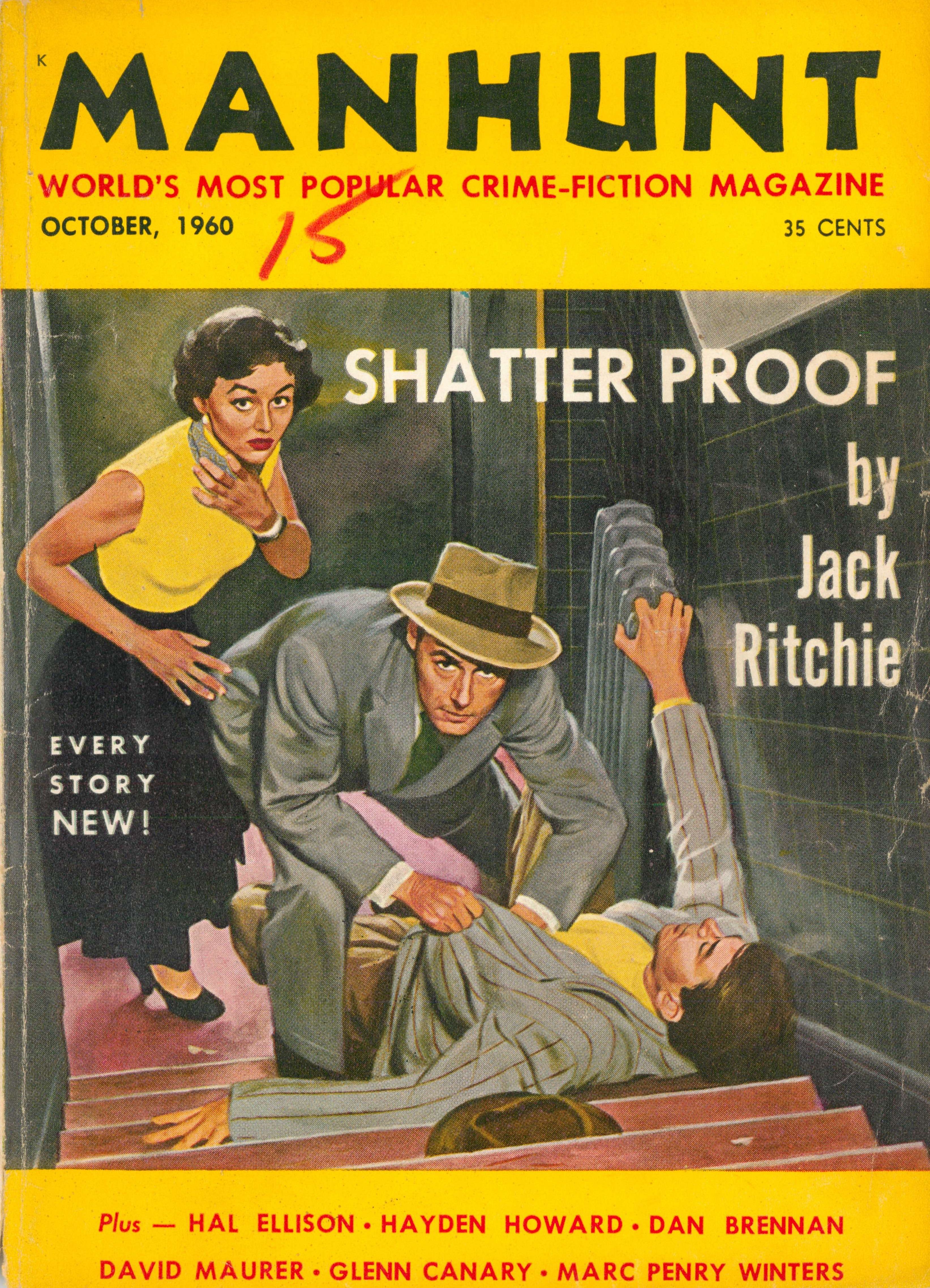 This is the blurb for the story, no interior illustration though it got the cover.
Mr. Williams was a civilized man. When the professional hired to kill him appeared in his study, gun in hand, Mr. Williams naturally offered him a drink.
That’s a great premise to start a story, and the story doesn’t disappoint. It’s only four and half digest size pages, but there’s not one wasted word. And instead of the customary twist at the end of the tale, there are two, or is it three? You appreciate how difficult it is to review a really short story without spoilers, so go off and read it now if you can. You can always come back to this article in a few minutes.
The author, Jack Ritchie, had a twenty seven year career in the crime fiction field, seemingly all short stories, which may be why he is not so well known as he should be. One of his stories, The Green Heart (Alfred Hitchcock’s Mystery Magazine, March 1963), was made into the movie A New Leaf featuring Walter Matthau.
A good overview of his life and appreciation of his writing can be found here: https://www.wisconsinacademy.org/magazine/summer-2016/read-wisconsin/shatterproof-stories-jack-ritchie.
A detailed biography with many photos at this site: http://henryturnbuckle.tripod.com
Three collections of his short work were made; all are out of print now, sadly. Used copies of The Adventures of Henry Turnbuckle and Little Boxes of Bewilderment are available on Amazon. They’re both collections of stories featuring his series character. A New Leaf and other stories, the first collection to be published, is not available on Amazon, but a used copy may be found on the other usual sites. All at high prices, i warn you. It’s time for a new collection of his stories.