“Field Punishment No.1” is a blog that gather togethers some research on Canada’s war literature.

The author is a book collector that became curious about these writers and wanted to know more about them than was contained in their brief bios in the Canadian Encyclopedia and literary guides (where those existed at all) –so he started digging.
Sound familiar? That’s how i got into this blog.
Anyhow, there’s some interesting stories that he’s scanned from different pulp magazines, all by Canadian about soldiers in World War 1. One of them is from Adventure magazine, and the rest are from War Stories, a magazine published by Dell – the same Dell that went on to be a major player in the paperback market, and are still around as a division of Random House. 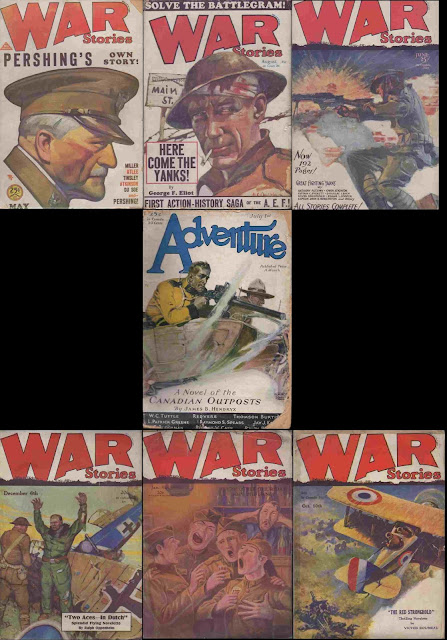 See all his posts that have story scans here: https://peregrineacland.wordpress.com/tag/pulp/
And as usual, say hello there 🙂