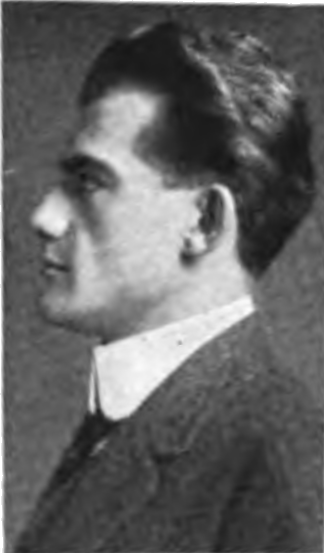 I came across Rothvin Wallace’s name while reading The Cobra Woman in the Thrill Book, September 1 1919. 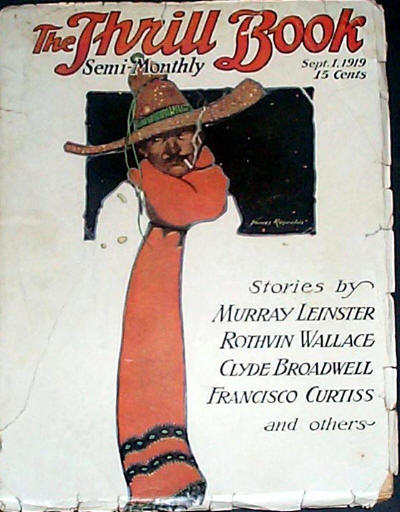 A quick search turned up an obituary which I thought was worth sharing.

Of interest to the readers of this blog, he wrote more than 30 stories for the pulps in his career from , 1910 to 1922, all for top magazines including People’s, Cavalier, New Story, Argosy, All-Story, Thrill Book, The Popular Magazine and Short Stories. Four serials in the Cavalier, none reprinted in book form.

This obituary of Rothvin Wallace was published in the Buffalo Evening Times, November 14, 1922.

Rothvin Wallace, an assistant night editor of the World, died of pneumonia at his home in Oceanport, N. J., shortly before Friday midnight, after an illness of little more than a week. He was taken ill with influenza while at his desk Thursday night, November 12th, and was removed to his home, where pneumonia developed. Mr. Wallace, who was 40 years old, had been writing since he was 14. He was a brilliant and well-trained newspaper man, and enjoyed an extensive acquaintance throughout New York. In addition to the fine work he did for the World during the ten years of his service, he wrote hundreds of short stories that have made his name familiar to magazine readers.

In newspaper work at 17

Mr. Wallace was born in Christiana, Pennsylvania, the son of Truman and Sadie E. Wallace. When he was two years old his family moved to Wilmington, Delaware where Rothvin was educated in a private school. He had been writing for numerous periodicals for three years when he entered the newspaper field at the age of 17, shortly after the death of his father. His first work was on the Wilmington Evening Journal and the Wilmington News. He soon went to Philadelphia, where he worked on the staffs of the North American, Evening Bulletin, Record, Public Ledger and the old Times of Philadelphia, and of Baltimore papers during the next five years. He then went to Washington, serving successively in the Herald, Times and Washington Post, being head of the copy desk of the Post four years.

In 1910 Mr. Wallace came to New York. For the first six months he devoted himself to magazine work and then joined the staff of The World. His close application to work on this paper, coupled with his continued writing for magazines, caused a physical breakdown and forced him to leave The World staff for two years. He rejoined The World editorial department as an assistant editor at night the first of this year.

Devoted to His Duties

As an instance of his unceasing devotion to newspaper work, his last thoughts before he died, uttered in delirium, were protests because he feared he could not “make” the first edition of The World with a story. Six years ago Mr. Wallace married Miss Alice Richards Horine of Chicago, an actress who had appeared in prominent Broadway theaters. She gave up the stage when she married, her last appearance being in “Bunty pulls the Strings.” Mr. Wallace is survived by his mother, his wife and two children, Sharla, 18 months and Rothalie, 4 years old. A half brother, William Wallace, is a farmer of Brandywine Summit, Delaware County, Pa. At the time of his death Mr. Wallace was writing a book on criminology, for which he had been gathering material for many years. Mr. Wallace was a member of the Newspaper Club of New York City and was secretary of the Board of Health of Oceanport.